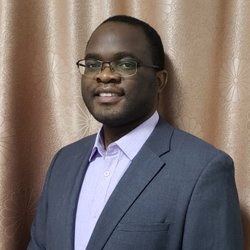 In this blog post, Edmond Sanganyado argues that developing country researchers need to be wary of the scientific imperialism of 'helicopter science' and provides some recommendations for guarding against it.

You have probably read a scholarly article on a research conducted in Africa, but written exclusively by European or North American researchers. Have you ever wondered what is the impact of such scholarly articles on the accuracy of the scientific record or even policymaking in African nations?

This practice is commonly referred to as helicopter science or science tourism. Helicopter science has more dire consequencies on science and policy than David Livingston renaming Mosi oa Tunya as Victoria Falls and then claiming he discovered it. In this article, I'll be exploring the unintended consequences of scientific imperialism and what can be done about it.

An understanding of local context is required for any scientific data to be considered reliable and relevant for science policy. Scientific imperialists lack the nuance that comes from knowing local customs, practices, environments, and systems. Sadly, one of the lasting artefact of colonialism is political leaders across Africa listen to foreign experts more than their own.

Consider the plastic regulations across Africa. In 2016, the United Nations Environmental Program drafted a report on plastics in oceans based on data primarily from Europe and North America. Zimbabwe banned single use styrofoam plastics without consulting local researchers. This was despite the fact local researchers found such policies once failed in 2010.

When a Tanzanian researcher investigates effects of human activities on Lake Tanganyika, editors and reviewers reject the study as regional and of local interest. But when a group of researchers who know nothing about Lake Tanganyika and its geopolitics do a similar study using the same equipment, the study is celebrated as international and of global impact. What gives?

These double standards segregate against researchers from Africa by promoting scientific imperialism. Like the legendary Black Mambazo on Graceland, African researchers now rely on some 'Paul Simon' to add as a co-author to their work, just for them to be considered serious researchers. Sadly, academic journals encourage this practice by constantly requesting that Africans have their work edited by a native speaker.

Research funding organizations are complicit to the continued contamination of scientific literature by the half-baked scientific imperialistic data. They approve proposals that reduce local African experts to mere tour guides and translators. They don't mandate that Africans affiliated with African institutions be co-principal investigators in all studies that will be conducted in Africa. They celebrate the scientific imperialism publications with awards, and so forth. They are complicit.

Research funders and their grant reviewers today seem to be a reanactment of the Scramble of Africa. Funders scratching their heads on which aspect of Africa to exploit and which explorer to finance. Instead of promoting scientific imperialism why can't funders strengthen the research capacity of local researchers? The money that is poured on trips to Africa could be used to equip labs across Africa.

Recommendations for decolonizing research in Africa

Helicopter science continues because of researcher exceptionalism, publishing apartheid, and emperialistic financing practices and beliefs. The problem with exceptionalism, apartheid, and imperialism is they reject and malign ideas that come from a group considered inferior. An inferior person cannot do something exceptional, unless supervised by a superior being, so goes the perverse logic.
Is it suprising then that the most common defense for scientific imperialism remains, “There are no local people with required expertise to complete the project.”?

1. Editors and reviewers should guard against helicopter science

Journal editors should be vigilant against scientific imperialism. Transnational studies should have a statement on the role of local experts in the conceptualization, design, conduct, and interpretation of the data. Such a statement will help weed scientific imperialism. In addition, editors should take an effort to include local experts in reviewing transnational studies.

I wish all funding organizations were like Instrument Access Program by the Seeding Lab, Royal Society's Future Leaders –African Independent Research, or the International Foundation for Science. These three funders understand Africans possess the contextual knowledge and the technical expertise required to develop solutions for the woes bedevilling the continent.

Funding European and North American researchers does not have to stop. If science is to be a force for development, fresh perspectives are mandatory. However, funding agencies should demand a statement on local expert engagement that states how local experts are going to co-lead, design, and conduct the experiment. Funders should begin seeing African researchers as competent scholars.

Edmond Sanganyado (@ESanganyado) is an associate professor at the Institute of Marine Science, Shantou University, China.