The winner of our recent AuthorAID Capture your Research competition is Dr Ravichanda Mondreti (Twitter: @rav12319, Email: ravichandra.mondreti@gmail.com) an independent marine biologist and early career researcher with a fondness for seabirds. Ravi recently completed our AuthorAID Research Writing in the Sciences, 2021 course. A major part of Dr Mondreti’s research is about seabird ecology and conservation. He is currently studying seabirds in the Bay of Bengal and the Arabian Sea in their natural habitat— both at-sea and in their breeding places, and regularly visits a remote island called 'Pitti' in the Lakshadweep archipelago to study seabirds during the breeding season. His winning photo can be seen below:

The winning photo (see above) was shot while observing a seabird colony (Photo 2) from an elevated ground using a spotting scope (Leica 25-50x wide angle) in 'Pitti' island Lakshadweep, India. Pitti is an important seabird breeding site in the Indian subcontinent and home to two of the most widespread tropical pelagic tern species: Sooty Tern (Onychoprion fuscatus) and Brown Noddy (Anous Stolidus) (Photos 3A and B). 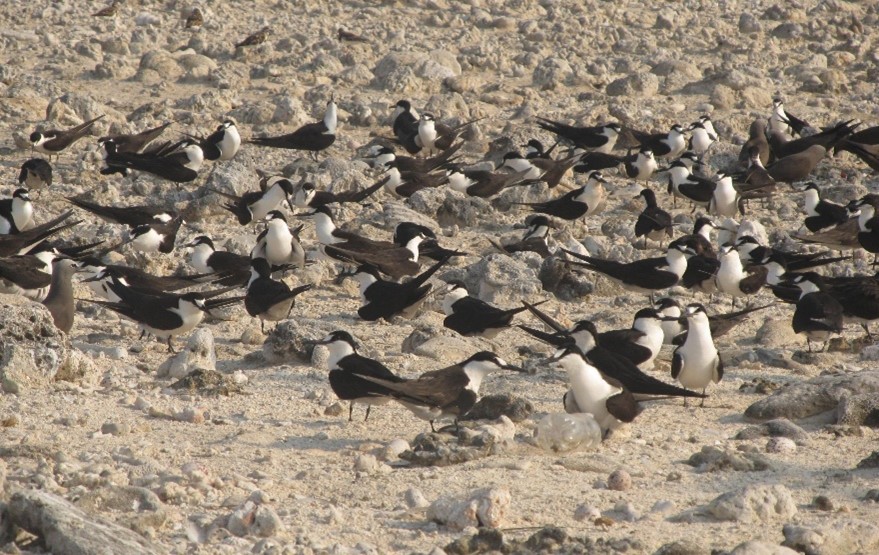 I have recently started to communicate my research findings through popular articles and blog to spread awareness among general public about the life of these fascinating creatures of both sea and land. My ultimate goal of communication is to promote and advocate seabird conservation.

My message to would-be scientists is to follow their hearts and be passionate about their research. Research career though demanding many times, if pursued with zeal and passion, ultimately will reward you. If you are interested to know more about my research or want to drop a message, you can either email or tweet me. In the present study (Mondreti et al.2018), I tried to estimate the breeding seabird population through direct observation. I then compared my results of this study with earlier studies carried out by previous researchers. I found a decline in the seabird numbers. Hence, I set out to investigate the reasons for this decline and found intensive egg collection by the local fishermen. 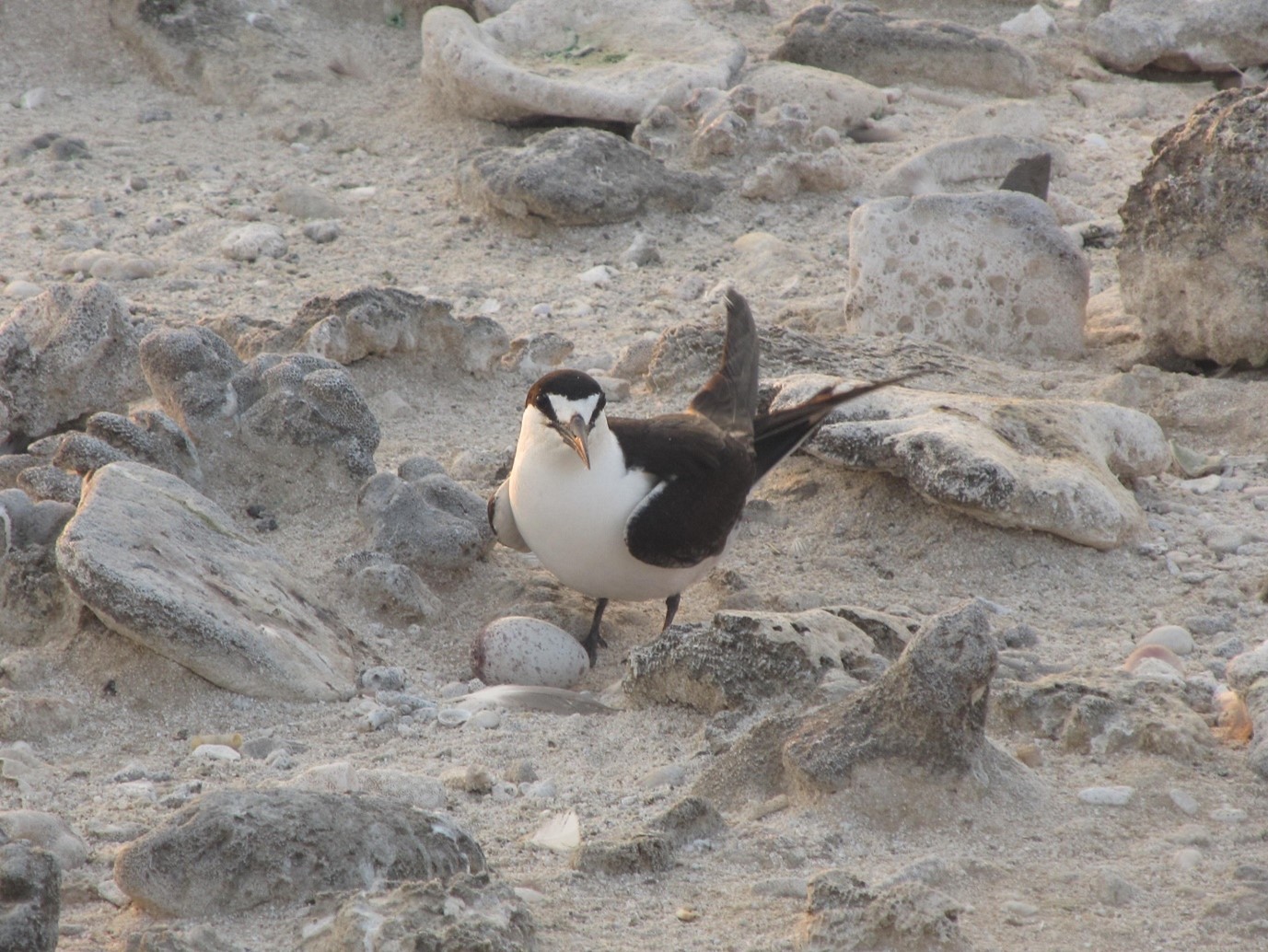 Photo 3A: A Sooty Tern with its egg.

The final results from the study indicate that the seabird colony is in grave danger of extinction. It is therefore imperative to take proper conservation measures and monitor this important seabird breeding colony on a regular basis.

In future, I plan to conduct extensive long term monitoring studies in this unique seabird island. I am also keen to raise awareness about seabirds among the local people through environmental education programmes. I intend to convey the importance of seabird conservation from an ecosystem point of view.