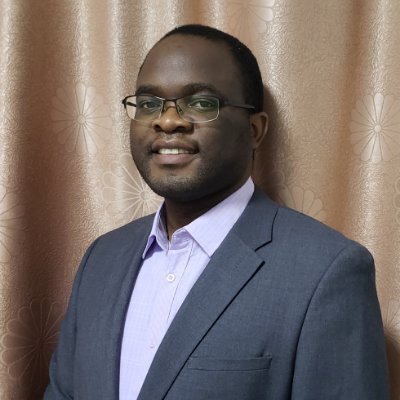 nganyado (@ESanganyado) is an associate professor at the Institute of Marine Science, Shantou University, China. In this blog post he argues that South-South and internal collaborations accompanied by effective mentorship and long-term partnership are critical for scientific advancement in the Global South.

Success in research is measured by visibility. Where you publish. Where you're affiliated. And with whom you publish. But doesn't this reduce science to a popularity contest rather than an honest pursuit to understand the universe for the betterment of life?

I wish the scientific community could take me seriously as a researcher. I wish reputable journals could consider my for Editorial Board Membership. I wish I could win a research excellence award. And I wish I could be selected as a prestigious fellow.

But I'm just a Zimbabwean researcher with no Cell, Nature, or Science research paper, who got his PhD from a university ranked 251-300, and currently works at university ranked 801-1000 by the Times Higher Education.

In pursuit of top scientist co-authors

I had an idea of a secondary research that I thought could be good for collaborating with top scientists. I prepared a draft, revised it, and sent to a dozen top researchers. My email stated the exact contribution I needed from the researchers. None of them responded.

I was not surprised. With my African last name and Chinese affiliation, the odds were against me from the onset. Because there's this perception among some top researchers that research from China is fraudulent and African researchers are sub-par.

I couldn't put my nine months worth of effort to waste. So, I decided to seek collaboration with the future top scientists - former and current lab mates, social media acquittances, and friends. The collaboration resulted in a paper in Critical Reviews in Environmental Science and Technology.

Lessons from leading an international collaboration...

The South-North collaborations initiative are sometimes based on a false premise that the South doesn't have research capacity for cutting edge science. There are many labs across Africa and Latin America that have state of the art equipment. For example, my South Africa based co-author, Tatenda Dalu has conducted extensive world-class research on aquatic ecology.

To foster South-South collaborations, ECRs can connect with researchers from the South through platforms such as AuthorAid, ResearchGate, or social media. I contacted Lucas Bureaum Moreira through ResearchGate. He had expertise in environmental risk assessment that I believed was critical for the project.

A leading scientist is someone who is accessible to you; otherwise they are just an overhyped monument. I specialize in environmental chemistry but my four collaborations with Imran Rashid Rajput made me fluent to marine mammalian toxicology. Dr. Rajput was my lab mate before he took a faculty position in Pakistan. Our collaborations occurred over office visits, lunch, or dinner.

My collaborations with Bi Ran are unique in that we have similar research interests and work in the same lab. We started collaborating after our team leader, Prof Wenhua Liu showed us what we were missing out by not working together. Dr. Ran has the cunning ability to see what I can't see. This is what I was missing out.

3) Invest in mentorship and coaching

Leading an international collaboration offered me an opportunity to learn research leadership and management. I had an opportunity to teach two graduate students, Yu Xiaoxuan and Yajing Sun, on preparing a critical-analytical review paper. By reading the reviewer comments and the corrections we made, they gained experience in scientific publishing.

Through his excellent mentorship, Prof Wenhua Liu helped us to focus on the big picture. His advice helped us to rewrite the manuscript after we received critical reviewer comments. Our changes were so comprehensive that the manuscript moved from ‘major revision’ to ‘accepted’ without going through a second round of peer review.

While reading the book Thinking Fast and Slow, I realized that Daniel Kahneman's research success was due to his long-term collaboration with Amos Tversky. There are similar cases across the science landscape. What is common in all these cases is the parties had a shared vision despite having disparate approaches or expertise.

I have known Charles Teta since 2008 when we worked in the same lab in Zimbabwe. Whenever we meet, our conversations often diverge to thought experiments. One such idea led to our first collaborative work that was published in Integrated Environmental Assessment and Management. Dr. Teta plays various roles in my research career; peer mentor, coach, and collaborator.

Re: [AuthorAID] Abridged summary of auth...@googlegroups.com - 1 update in 1 topic

INVITATION: Join us on 17 June to hear about neglected COVID-19 research priorities in LMICs!